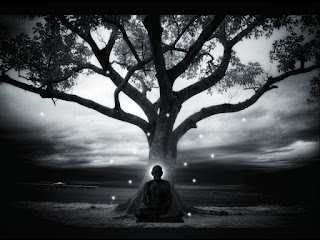 Spirituality -
In Indian tradition, spirituality means Adhtayam, that is made of Adhi+Atman. It means complete study of self. Psychology also claim to study human personality but with all its sincerity & scientific precision, it has its own limitations. It is confined to the study of human behavior, cognition, emotion & further unconscious realm of mind, if we talk about its psycho-analytic aspects.

But Spirituality goes deeper. Further it talks about Chitta. Whole practice of Yogic spirituality is based on Chittavriti Nirodha i.e. checking mind at unconscious depth. And going even further to the center of human personality, which it claims to be of super conscious nature. It is termed as Higher self or True self. And it is this realm of human existence which is the center of yogic meditation & spiritual practices

In Indian tradition higher Self is not separate from the ultimate reality (God) called in Upanishads as Brahm. The mahavakyas like – Aymatma brahm, shivohm, tatvamasi, sacchidanandaohm etc. echoes this highest revelation of Vedantic wisdom, which identifies the peak of human existence with the Ultimate truth. Thus spirituality is the integral study of human personality or existence with all its dimensions – cognitive, emotional, behavioral in its conscious & unconscious forms with the super conscious aspect as the central reality. 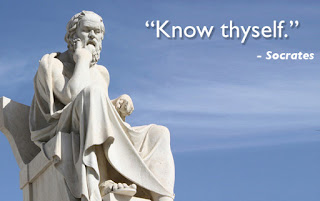 This quest for spirituality was called in Upanishads as Brahm vidya. It was clear conviction of sages that without it all worldly knowledge was incomplete. In Upanishads the aspirant or disciple after gaining all worldly knowledge used to gain this supreme wisdom at the feet of illumined Master. All Upanishads are filled with the discourse on this wisdom. In short spirituality was called as the Master key to the riddle of human existence. Know thyself, in Western tradition echoes the same truth.

Traditionally it has been confined to the sanyasins, monks or the selected few but while living in family & world, how it can be adopted & practiced, has been demonstrated by Pt. Shri Ram Sharma Acharya - the saint, scholar, philosopher & reformer par excellence. He called it as Jeevan Vidya. In day to day life, he called it Art of Living. Instituition's monthly spiritual magazine Akhand Jyoty is publishing scientific & behavioral aspects of spirituality since 1940.

Need of Spirituality -
In Indian spiritual tradition the real nature of human being is Sat-Chit-Anand (i.e. Existence-knowledge-Bliss). But due to MAYA or veil of ignorance mostly we are not aware of our true nature, identifying our reality with Body-mind-ego complex, which have their own evolutionary functions, manifest in the form of  certain Biological and Psychological needs. Humanistic Psychologist Abram Maslow described them as Biological, Security, Esteem and Love needs. At the end he talks about spiritual need and call it as Meta need. It can be called as the higher need of human being. It is the need of Self-actualization, self-realization and God realization. Even after fulfilling all worldly needs there remains a void. Spirituality fills this void and gives fulfillment to the human existence.
In short spirituality can be called as the Master key to the riddle of human existence.

Importance of Spirituality –
1.      Checking the flood of materialistic inflow – In daily life through media  we are getting flood of titillating inflow. If we are not wide awake and resolute enough with inner conviction, the sensual flood can spin normal life off the hinges. Spiritual insight checks this disaster to a great extent.

2.     Leading towards personal Integration – Over indulgence in worldly life gradually disintegrates human personality and afflicts it with so many psychological disorders initially neurotic & later psychotic. Spirituality integrates the split self and uplifts the person where he/she stands. 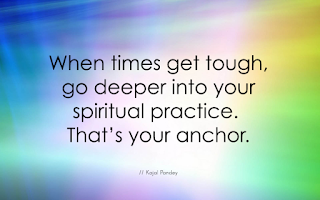 5.     Paving the way for inner Peace, freedom & joy – Inner & outer balance definitely relieves us of much stress of life. Thus giving us a sense of deeper fulfillment. Sense of inner freedom, peace & joy shower from nowhere.

6.   Leading towards Perfection – Spirituality gives us the strength & power to shatter imposed psychological limits. And thus crossing inner limitations one by one spirituality leads towards inner harmony, peace and perfection.

Thus spirituality is the innermost need of human being; the royal path to the modern man in search of peace & fulfillment and the solution to the prevalent crisis of values and moral degradation. 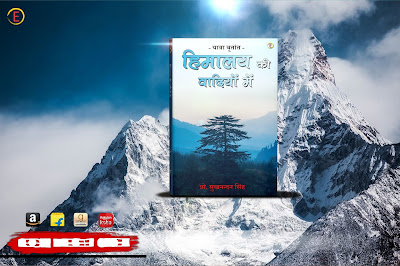